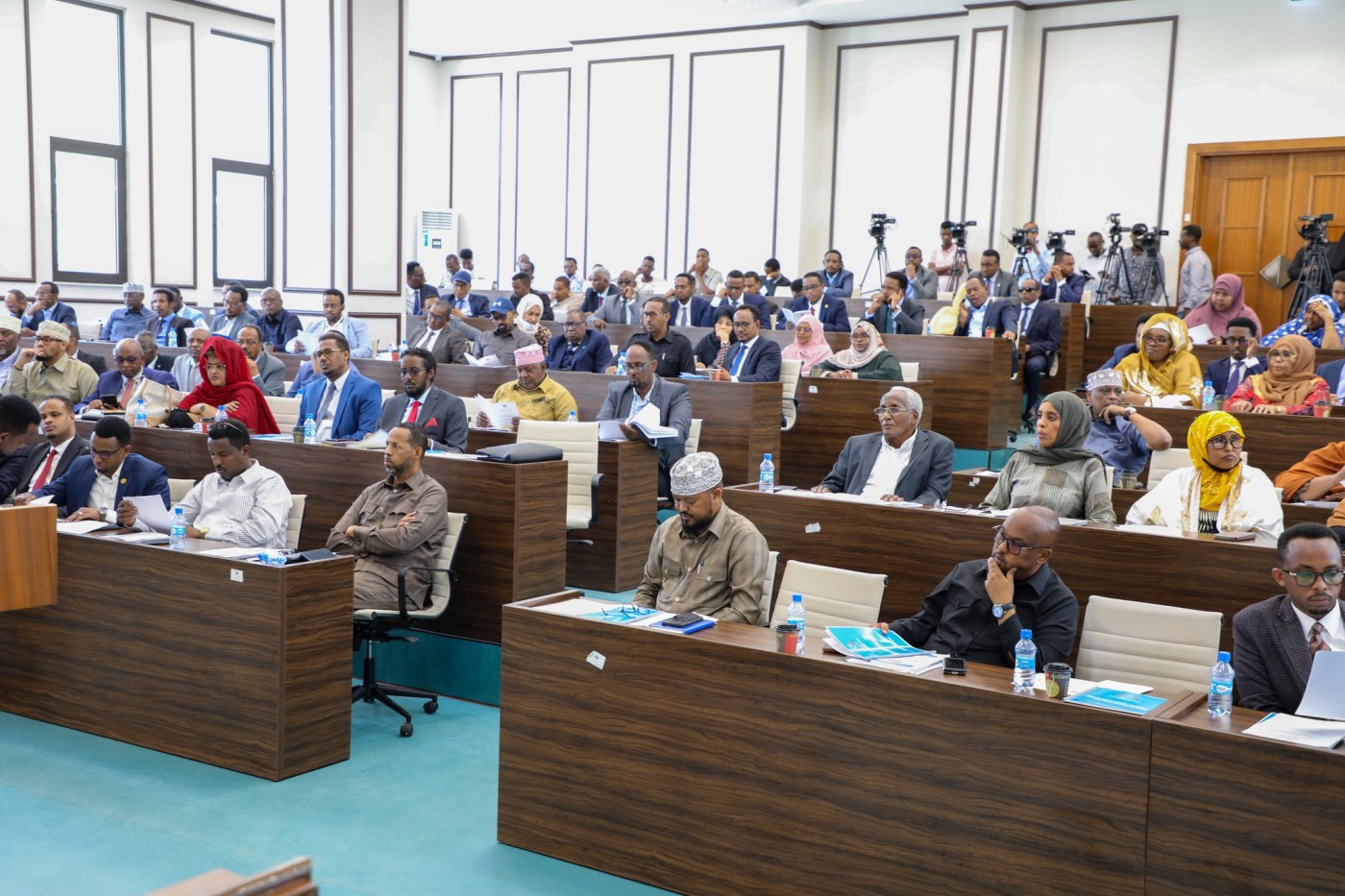 Since the Presidency of the Hassan Sheikh Mahmoud, the National Consultative Council (NCC) has been meeting quite regularly to discuss the burning constitutional, security and political issues in the nation among other topics of importance.

Leaders of the Federal Member States (FMS), Banaadir Regional Authority and the Federal Government represented by the President, Prime Minister and Deputy Prime Minister sit around a table to make decisions on matter concerning millions of Somalis.

However, many have questioned as to why nine men decide the fate of the country. The reality is that Somalia has a somewhat semi-elected Parliament, albeit it was indirect elections that were smeared in allegations of corruption, bribery and intimidation.

The Issue of the NCC

Somalia is a country that presents itself to the globe as a Parliamentary democracy. In other words, a system of democratic governance of a state where the executive derives its democratic legitimacy from its ability to command the support (“confidence”) of the legislature to which it is accountable.

Parliament effectively represents the people. Therefore, the representatives of the Somali people ought to have a direct say on the issues concerning the nation rather than decisions being made by handful of men in suits, hiding behind the closed doors of Villa Somalia.

For instance, should the current issue of the national judicial system as well as the federalisation process be settled via a political agreement between Federal leaders or should it be debated and developed in Parliament?

While the Federal Government can reach political agreements with FMSs leaders, only a draft bill should be introduced into Parliament which can be amended through a number of review stages over a scheduled timetable. This would allow an adequate amount of time for both Houses of the Federal Parliament to analyse the text, introducing new amendments while also removing clauses.

Ultimately, MPs and Senators should decide while MPs ought to have the final say on the matter if there were to be disagreement between the two Houses.

Does the NCC trump Parliament? It seems as though it does in the current political dynamic of the Federal system.

Even within the NCC, it is reported that the PM, DPM and the Governor of Banaadir have little to no actual influence in the meeting, essentially leaving the future of the country in the hands of six men.

While we can theoretically argue the importance of Parliament and the crucial role it ought to play in the state building process of the country, it seems as though Parliamentarians simply do not care.

On multiple occasions in recent months, the Speaker of the Lower House, Sheikh Adan Madobe has been unable to even convene Parliament – the quorum needed.

Most Parliamentarians are on trips outside of the country and rarely attend Parliament, simply taking the monthly pay cheques.

How can the country move forward, develop the legal system, pass important laws and even complete the constitution if Parliament is literally non-existent?

The country is at a crossroad as it moves from a country in conflict to a country rebuilding from three decades of rubble. To do so, Somalia needs universally accepted, strong, effective, transparent and democratic public institutions that are held accountable by Parliament. Without such institutions, the country will consistently fall back into anarchy and traditional clan allegiances as local customs and laws will prevail.

The recent decision by the Puntland State Government led by State President Deni to operate as an “autonomous government”, independent of Mogadishu until the Federal Government drafts a constitution and holds a referendum among other things is a prime example. Here we see because the constitution is provisional, it can be trumped by State law as Article 142 of the Somali Provisional Constitution states that until the Constitutions of the Federal Member States and the Somali Federal Constitutions are harmonised, State Parliaments shall retain and exercise powers endowed by their own State Constitutions.

Nevertheless, in response to the continuous absence, Speaker Madobe has threatened sanctions against MPs that fail to attend a Parliamentary session. The fact that the Speaker has to even make such statements is outrageous in a country where so much work needs to be done legally.

For instance, how can Ministers be held accountable weekly or even monthly if Parliamentarians do not even attend sessions? When was the last time the Prime Minister attend Parliament to outline his government achievements thus far and take questions from MPs?

There have been multiple bilateral agreements signed by the President and Ministers during their myriad of foreign trips in recent months yet none have been brought before Parliament.

These are the basic tasks needed from Parliament if it is to be considered a ‘living’ Parliament.