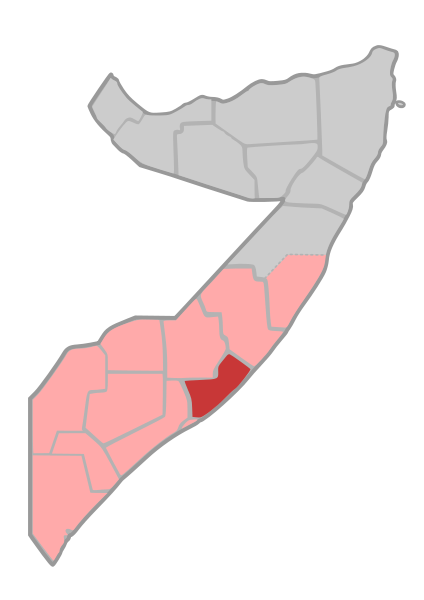 The United States Military Africa Command (AFRICOM) has conducted an drone strike in Somalia which has killed 7 civilians in Mubaarak, Lower Shabelle region of Hirshabelle State.

This is another major drone strike by the US government in recent weeks:

The United States government conducts drone strikes in Somalia in partnership with the Somali Federal Government according to both Mogadishu and Washington. This is a critical period as SNA forces alongside local militia known as ‘Macawisley‘ have been battling to liberate large swathes of central Somalia from Al-Shabab.

Despite claims made by AFRICOM that Al-Shabab militants were killed in the strikes, the identity of the individuals have not been publicly disclosed by Mogadishu or Washington.

What makes matters worse is that most strikes occur within Al-Shabab controlled territory which remains inaccessible for journalists, aid workers and medical staff.

In a report published in 2019, Amnesty International accused the US military of committing war crimes in Somalia via its indiscriminate drone strikes.

In what international organisations termed ‘The Hidden US War in Somalia’, the AI report details how 14 civilians were killed and eight more injured in just five of the more than 100 strikes between 2017-2019.

“These five incidents were carried out with Reaper drones and manned aircraft in Lower Shabelle, a region largely under Al-Shabaab control outside the Somali capital Mogadishu. The attacks appear to have violated international humanitarian law, and some may amount to war crimes”, the report read.

When approached with Amnesty International’s findings, the US Africa Command (AFRICOM) repeated its denial that any civilians have been killed in its operations in Somalia.

“The civilian death toll we’ve uncovered in just a handful of strikes suggests the shroud of secrecy surrounding the US role in Somalia’s war is actually a smokescreen for impunity,” said Brian Castner, Amnesty International’s Senior Crisis Advisor on Arms and Military Operations.

If the Somali Federal Government is serious about fighting Al-Shabab, it must understand that such errors that cost civilians lives without acknowledge or compensation to the victims plays directly into the hands of the militants that want to portray an image that Mogadishu and Washington are serving adverse interests and not that of the Somali people.

Civilians has been a continuous tool for propaganda by terrorist groups globally including Al-Qaeda in Iraq and Afghanistan.